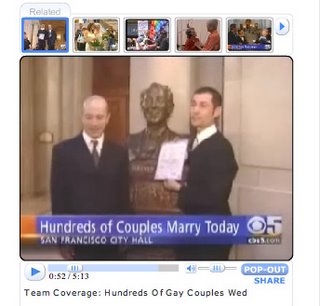 CBS, Channel 5, has three video clips of us, the first two posing with the bust of Harvey Milk, the third walking down the stairs of the rotunda. 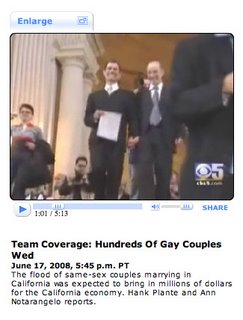 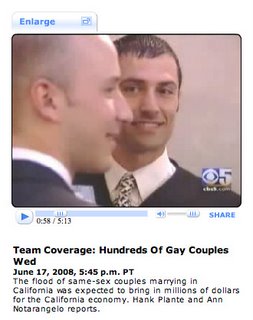 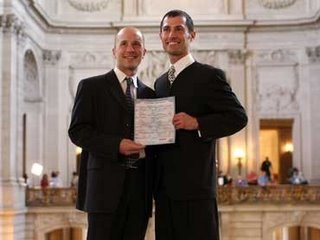 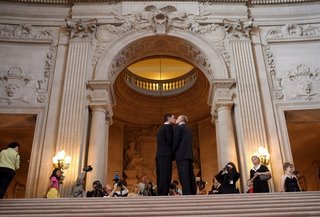 In the North Light Court, waiting to get our license.
The San Francisco Chronicle did nice brief profiles of couples recently or about to be married, and ours is the fourth one down on this page.
By paulfesta at 10:22 AM No comments: 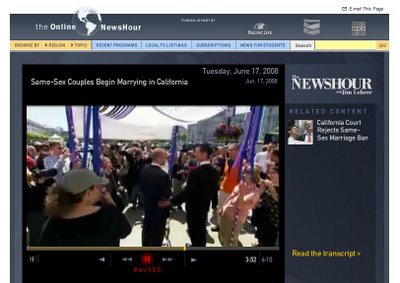 When James and I got out of City Hall yesterday, we walked right into the huppa that queer synagogue Congregation Sha'ar Zahav had set up. I had no idea anyone was taking pictures, but there it was on the Newshour.
By paulfesta at 12:26 PM No comments:

Today's events generated a lot of documentary evidence - this is just the first installment.
SFGate (pictured above) 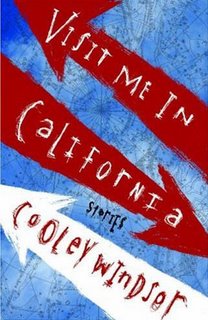 art and dance in SF this weekend 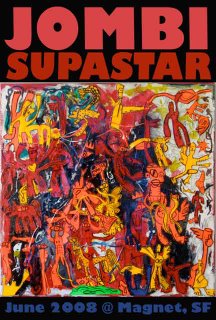 My friend Jombi Supastar is having an art opening tomorrow night in the heart of the Castro.

I'll see the show but miss the opening party because it conflicts with the second night of the Stephen Pelton Dance Theater show at Dance Mission, in which I'm playing the snappy number from the Ravel sonata for violin and cello. But you can do both! Our show is tonight, Friday and Saturday at 8, and Sunday at 7. Remember that no one is turned away for lack of funds. 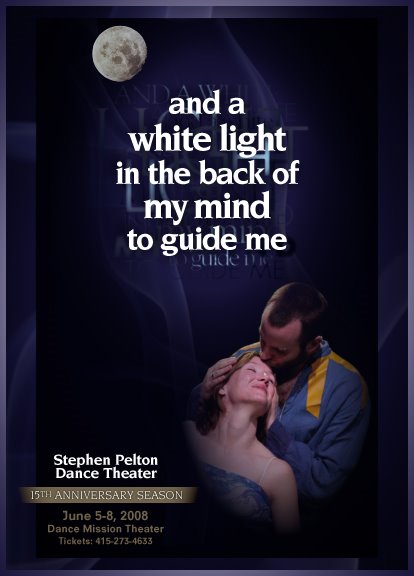