On Wednesday, February 8, painter Bill Theophilus Brown died at his home in San Francisco. He was 92.

Bill was a powerfully charismatic man who had a wide circle of devoted, one could say captivated friends throughout his life. I was fortunate that several of my friends - Matt Gonzales, Barry Owen, Dan Becker, and Jessica Dunne - knew Bill and so over the last four years I found myself modeling for him, playing chamber music with him, and, four months before his death, interviewing him for my film Tie It Into My Hand. 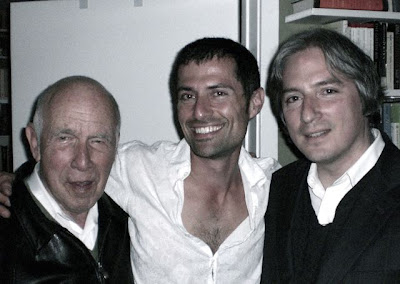 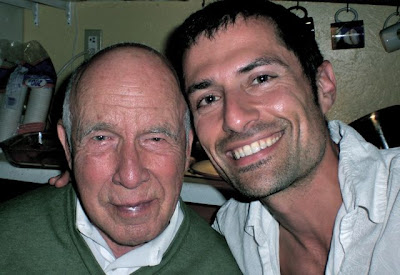 While Tie It Into My Hand is still very much a work in progress, I decided to post most of Bill's interview here as a way for people who knew the man, his work, or both, to remember him and the extraordinary life that he led. This excerpt is titled Kissed by de Kooning: Scenes from the Life of Theophilus Brown. It can be found both below and at tinyurl.com/theophilusbrown.

Additional scenes from Bill's interview will screen March 1, 2012, at 7:30 p.m. at a Tie It Into My Hand sneak preview presented by Kunst-Stoff Arts in San Francisco.

Over the course of the interview - conducted, according to the Tie It Into My Hand formula, as a violin lesson Brown teaches me on the Tchaikovsky violin concerto - Brown reminisces about his life, his relationship with fellow painter Paul Wonner, his career, and his friendships with artists including Picasso, Diebenkorn, Stravinsky, Cage, Isherwood, Hindemith, Giacometti, Barber, Eva Marie Saint, and de Kooning. Toward the end of the lesson Bill fact-checks his Wikipedia entry.

If you would like to contribute your own reminiscences of Bill to this online memorial, please post them below to the comments. If you have photos you'd like me to add, my email is paulfesta at gmail.


Addendum #1 (2/10) - The San Francisco Chronicle has this obituary by Julian Guthrie.

Addendum #3 (2/10) - New Haven painter and Tie It Into My Hand teacher Jonathan Weinberg conducted nearly six hours of audio interviews with Bill in 2010 for the Smithsonian's Archives of American Art oral history project. According to Jonathan, those interviews are in the process of being transcribed and edited and will be posted online in a few months.

Addendum #4 (2/10) - The Thomas Reynolds Gallery, which represented Bill for many years, has a this page with video, obits and other news coverage and representations of Bill's work including many self-portraits. The video at the top is accompanied by Bill's performance of one of his piano pieces.

Addendum #6 (2/12): photos from Barry Owen, from his and Dan Becker's last visit with Bill at his home in the San Francisco Towers: 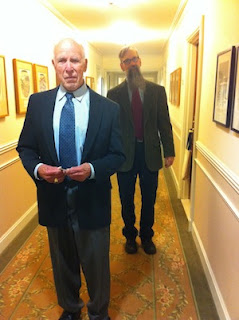 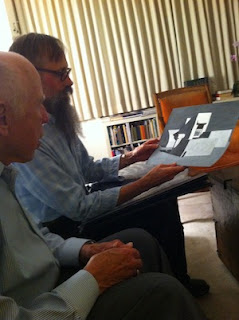