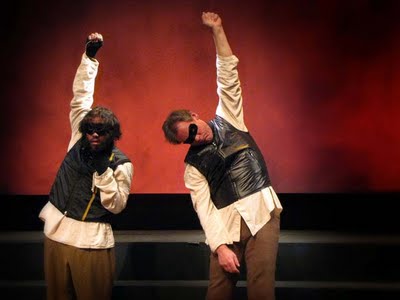 I haven't posted for a while, mostly in the interest of keeping quiet how farcically "365 consecutive days of uninterruptible bliss" has fallen short (because whoever you are, you are not my therapist). The only uninterruptible thing about this year has been my work schedule, editing video and doing archival research for the Rapt Productions theater documentary by day and going straight from there, most days, to rehearsals for the TheatreFIRST production of Rosencrantz & Guildenstern Are Dead, which opened this past weekend and runs through Valentine's Day. Rehearsals were at Berkeley Rep School of Theater, performances are at the black-box theater in the Fox Theater building in Oakland, Rapt is 6 blocks up Telegraph from there, so James and have found our usual whereabouts precisely reversed, with me calling him from across the bay or cutting out under it, and him at home with the doggy. 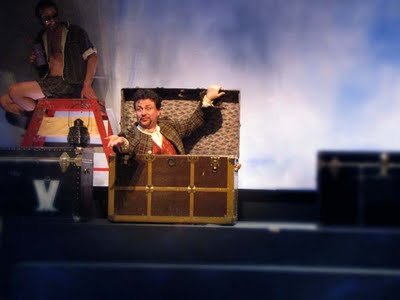 Andrew Hurteau as The Player pops out of a trunk aboard ship in Act III - behind him, on the ladder, is Harold Pierce as Hamlet (photo: CJ)

The last time I worked with this director and several of the actors, also as a violinist with a small dramatic role, was in the North Bay Shakespeare Company's production of Twelfth Night in 2007. That was staged at the old stone amphitheater at Hamilton Airfield and was about as fun as a Shakespeare comedy with a great director and a brilliant and amiable cast in a public park sounds. Downtown Oakland isn't quite as much fun, and neither is doing a play while holding down a job. But working with this group - especially now that that rehearsal schedule is receding into memory - has bounced me out of the deep and narrow space where uninterruptible bliss was meant to be. To anyone in the market for a good antidepressant, may I recommend a small part in a good play - even one about death. 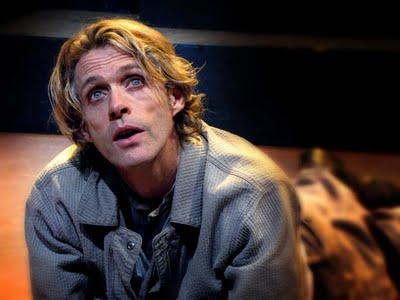 Stoppard is my favorite living playwright based primarily on my experience of one production of one play - The Real Thing, which I saw twice in London and once in New York several years ago. I'd only seen a videotape of R&G before doing this one and was very glad to get the opportunity to know the play from the inside out. The production is great, but don't take it from me - here's yesterday's Oakland Tribune review. (My pull-quote from the review: "funny...equipped.") 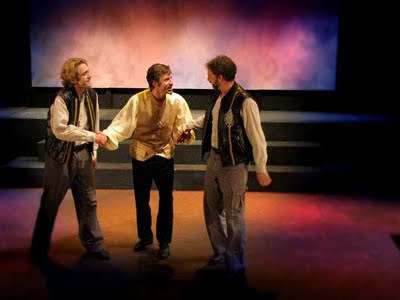 Kalli and Harold with TheatreFIRST artistic director
Michael Storm, as Guildenstern (photo: CJ)
R&G runs through Valentine's Day - Thursday, Friday and Saturday nights at 7:30, Sunday at 2PM. It's a block from 19th St. BART and they're not checking IDs on the "under 30" pricing. More about the show and tickets here. 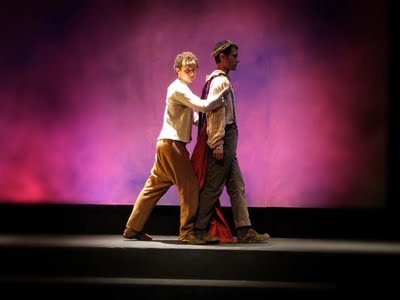 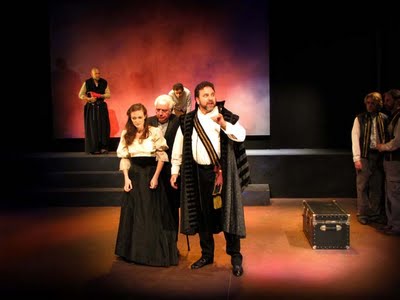 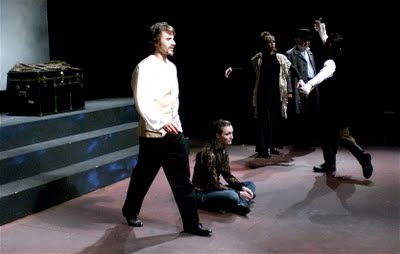 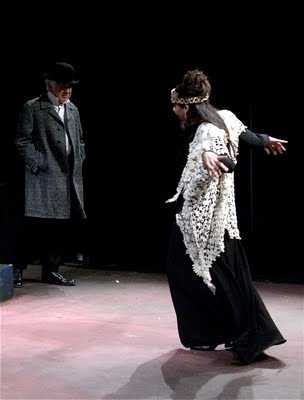 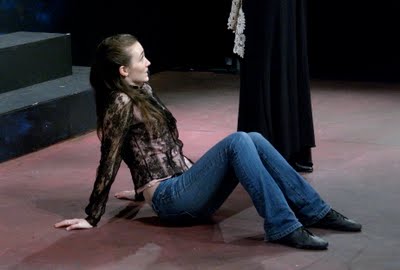 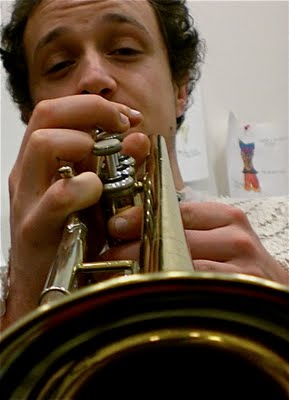 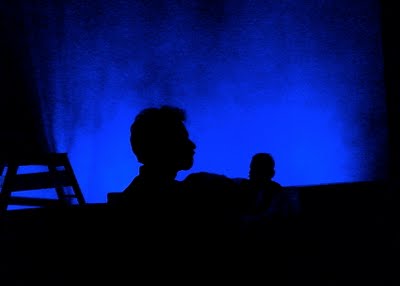 Email ThisBlogThis!Share to TwitterShare to FacebookShare to Pinterest
Labels: theater 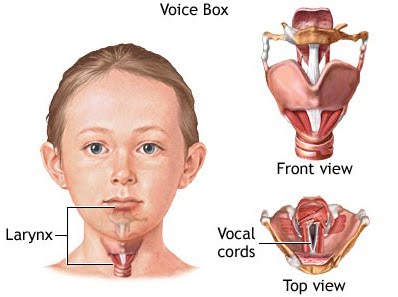 I had big plans for my first blog entry of 2010 , some combination of manifesto and multipart indictment and cry for help that would dispose of 2009 with appropriate violence, but trying to write about the last year at this distance feels like tapdancing in a tarpit, so here we are. Here I am, committing what in this household is a cardinal social sin: telling a Scrabble story. "Honey, you're telling a Scrabble story..." We suspect we've lost friends letting these slip in mixed company; conversationally they inhabit a zone somewhere between Margaret Cho routine reenactment and D&D reminiscence, and betray comparable interpersonal and psychological degeneracy.

Thanks to Facebook Scrabble, I play enough these days that I dream about the game. In this morning's dream, I had both the Q and the (Q), which in this dream version of the game was like a cross between a blank and a Q - but it was very unusual and lucky to get both Q and (Q) - it was a first. I woke up with a clear memory of the dream, so I had to make sure I wasn't still asleep and dreaming an hour later after I cycled through the morning's My Turn games to find this: 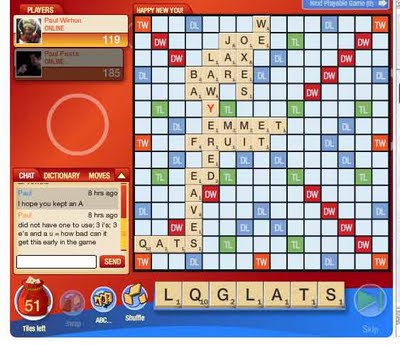 The screen shot convinces me pretty thoroughly that I was awake. I'm guessing it was a Flash glitch - the second Q vanished, along with several other tiles, when I reloaded the page. It's the first bug of that kind that I've noticed in about 100 games.

I am one of the most skeptical people I know when it comes to notions of the paranormal or the extrasensory or the prophetic, but I am officially counting this as weird, in the old sense of the word, whose ultimate root is "to become" - weird which means "wayward," which means (OED) "fate, destiny...magical power, enchantment...the three goddesses supposed to determine the course of human life...one pretending or supposed to have the power to foresee and to control future events; a witch or wizard, a soothsayer...a supernatural or marvellous occurrence or tale...an omen or token significant of the nature of a future event; a prognostic..."

The larger entry about the turn of the year and decade will culminate in my pledge that 2010 will be 365 consecutive days of uninterruptible bliss, and let this be a correlative declaration, the egg custard amuse-bouche of a haruspex: in 2010, I will have both Qs.
By paulfesta at 10:23 PM 1 comment: