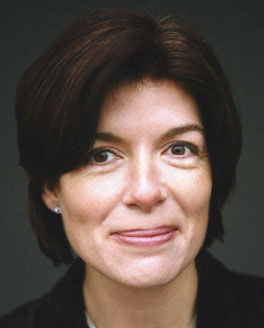 In order to obtain a good review from Clair Messud, please be prepared to answer the following questions.
I don't know if this is a series, but I'll call it #1 just in case. These are 53 questions for me to mull with respect to my novel. The questions are adapted from Clair Messud's Feb. 14, 2008, review, titled "Signs of Struggle," of William Trevor's recent short-story collection Cheating at Canasta.

1. Is it complex?
2. Is it fragile?
3. Does it breathe?
4. Is it strong?
5. Is it memorable?
6. Is it haunting?
7. Is it capable of irony?
8. Of melancholy tenderness?
9. Does it exercise apparently brutal restraint?
10. Is it capable of being contrived?
11. Of being melodramatic?
12. Is it lyrical?
13. Does it embark on broad, apparently undirected swathes of life?
14. Does it convey a line of emotion, or the arc of a relationship, moment, or strand of human existence?
15. Does it have cracking lines?
16. Does it resolve, like music, into a chord – major or minor, depending on the section – that seeks to distill the significance of what has come before?
17. Is this unabashedly moral fiction?
18. Is it subtle, even at times deliberately oblique?
19. Does it have clarifying closing paragraphs that can take the form of a nod to the future?
20. Does its clarification involve an illumination of the self, or of the world, or of the past? Or all of these?
21. Are lives described with subtlety and deftness? And are they both familiar and unique?
22. Does it have all-changing but ineffable moments?
23. Do its life-shattering revelations require elucidation on the part of the author?
24. Is the novel’s darkness, as well as its risk of stereotype, tempered, even transformed, by the narrator’s understanding of the antihero’s death?
25. Are its epiphanies tidy?
26. Does it indulge in and transcend melodrama? Are these transcendences always fully achieved?
27. Are its human choices accurate?
28. Does it make gentling, faintly sentimental gestures without which it would be a novel of Beckettian bleakness?
29. Are its economy and restraint remarkable? (Are they existent?) And do they impart to the novel the quality, almost, of a Christian parable? Do they involve a manipulation of stereotype and sentiment?
30. Does it deftly and truly convey the banality and insouciance of childhood wrongdoing, the capricious state of semi-innocence in which the narrator is at once aware and not aware of wrongdoing’s consequences?
31. Will any reader recognize his youthful self in the young narrator’s dangerous flippancy?
32. Does it display mastery of free indirect style, osmotically imbuing the reader with the narrator’s (and the antihero’s) consciousness through syntax and diction?
33. In articulating awareness of lifelong penance, is it exceptionally beautiful rhythmically in its tone and in its sad import?
34. Do the sentences reverberate like bars of glorious, melancholy music?
35. Is it struggling with a deeply human – and simultaneously God-like – impulse to ease the burden of its characters? Or to ennoble them, even if in so doing it blurs the outlines of what is, by allowing instead what might be? Does it want us to see the flaws of its creations while it grants them a measure of grace?
36. Does it leave ‘em to lie where Jesus flang ‘em?
37. Do closing lines reverberate back through the story, not closing down and specifying its import?
38. Does it reveal shame to be an honorable state?
39. Does it have need of guile or alteration of moral instruction?
40. By rendering small and perhaps futile gestures, does it evoke a complex melancholy and the transcendence of melancholy that are the opposite of smallness and futility?
41. Does it grant grace upon its characters without willing it on them?
42. Is it frank and uncompromising; does it reveal a cold eye?
43. Is it lyric, rather than narrative, living in a moment?
44. Do we find greater cynicism and human failure ironically in a victim, having expected it in a victimizer?
45. Does the story sweep, bird-like, though various points of view before settling upon the narrator’s shoulder?
46. Do months flash by between words?
47. Are significant events given their due proportion of time?
48. Is the novel structurally and technically ambitious and slightly strange?
49. Is its artifice so artful that neither manipulation nor contrivance can be discerned?
50. Is there a fable-like quality, a sense that events take place out of time, or in some unspecified time that is neither now nor very long ago?
51. Does the novel know its characters intimately? And its own writerly tendencies?
52. Does it have marvelous observations, and is its literary contrivance rather persistently showing?
53. Does it push, sometimes awkwardly, for its characters’ redemption? Or at least for their moral worth? And is that an exhilarating sign of struggle, of life itself?
By paulfesta at 3:01 PM