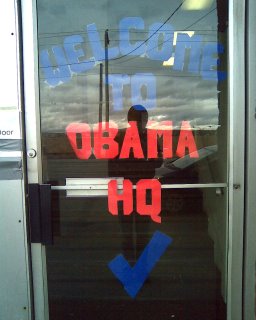 Today I reported to Obama headquarters in Manchester, NH, and worked the phone for four hours. I made 231 calls from the senior citizen pile, reached nearly that many answering machines, and persuaded a minority of callers reached to tell me their presidential preference. Nine will vote for John McCain and Sarah Palin, sixteen will vote for Barack Obama and Joe Biden, a dozen were undecided (see below).
One woman who began our conversation undecided said she was leaning toward Obama at the end of it, so if the election is decided by New Hampshire's four electoral votes and Obama wins by the thinnest of margins, you will have me to thank. 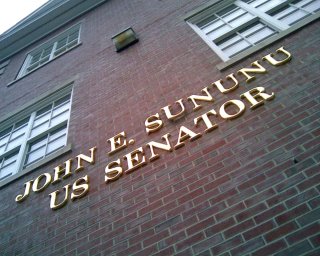 So, nu? Sununu? The senator is so fucked his gold-plate lettering is spontaneously detaching from the wall