All that Glitter gold is! 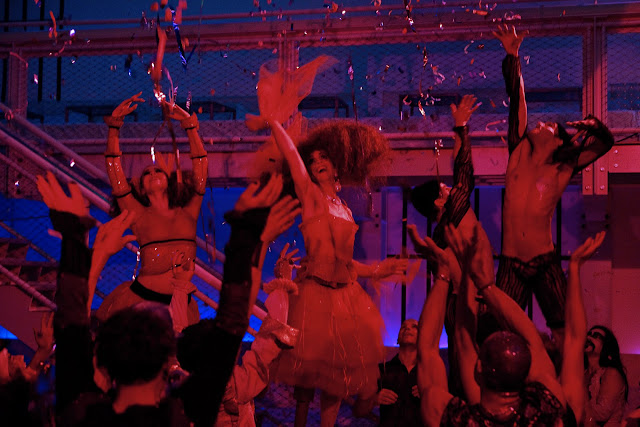 Congratulations to everyone who worked on The Glitter Emergency - our silent-film comedy about the travails and triumph of Peggy the Peg-leg Ballerina won "Best California Short" at the California Film Awards. Both DP Ben Estabrook and I got double-love from the CFA, which named Austin Forbord's Stage Left: A Story of Theater in San Francisco "Best California Film."

In other Stage Left news, the film will have its official San Francisco premiere at the Geary Theater in conjunction with American Conservatory Theater's production of Lorenzo Pisoni's "Humor Abuse" (from what I gather, it's Mommie Dearest meets The Pickle Family Circus) on Sunday, January 29th, at 6:30 p.m. FREE ADMISSION - reserve tickets here.

Glitter has two premieres coming up - the Canadian premiere at the 13th annual Reelout Queer Film + Video Festival, February 5th, in Kingston, ON; and the southwest premiere at Tucson's Out in the Desert festival, Sunday, February 19, at 12:40 p.m., 127 E. Congress. I'll accompany the film live at both screenings. (Glitter screenings and awards always updated here.)

Save this date in pencil - but it looks like Glitter will have one last San Francisco screening before I decamp for Berlin. On Thursday, March 1, Kunst-Stoff has scheduled an encore of last Friday's sneak preview of my film in progress Tie It Into My Hand, along with Glitter accompanied live and more music and film to be announced.
By paulfesta at 5:49 PM