22 short films by and about my family


I write from Brooklyn, which is where the family archive begins, at least on my mother's side. If there are any records from the shtetls I don't know about them. It only goes as far back as Kings Highway, East Flatbush, where the first generation spoke Yiddish to their children who spoke English to their children who spoke with mild Brooklyn accents to their children who were mocked by their West Coast peers for uttering gibberish like "waiting on line" and "back east" and for affecting, in fits of identity crisis and insecurity, parental accents. It could have been worse, I could have been residually English.


The impetus for this trip back east was my cousin Gabe's bar mitzvah, so Mom's commandment that the VHS archive finally be digitized was well timed - I've brought copies of the DVD along with me for family I'll see next weekend. Since the last installment of Archive Fever I burned through all two hours of the video and came up with 22 short films, an hour total, essentially music videos set to my sister's songs, Bartok violin duos she and I recorded for a friend's film back in the 90s, and a few of my own recital and concerto performances. The last third got short shrift in the editing department and nothing got color-corrected. It's a rough cut, and will probably wait another few years before a spare week comes along that will allow me to finish. 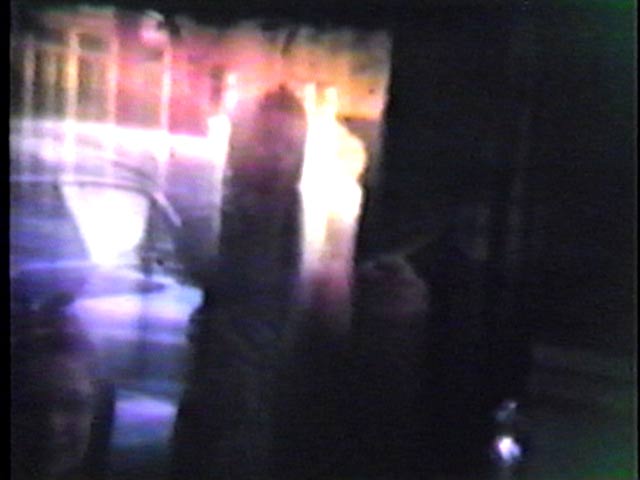 I have yet to determine whether the original 8mm film survived after the transfer to VHS a few years ago. Meanwhile much of the gorgeousness of the film stock remains, particularly in clips like the one above that time has reduced to ghostly impressions. It's not Decasia, but it's still pretty cool. 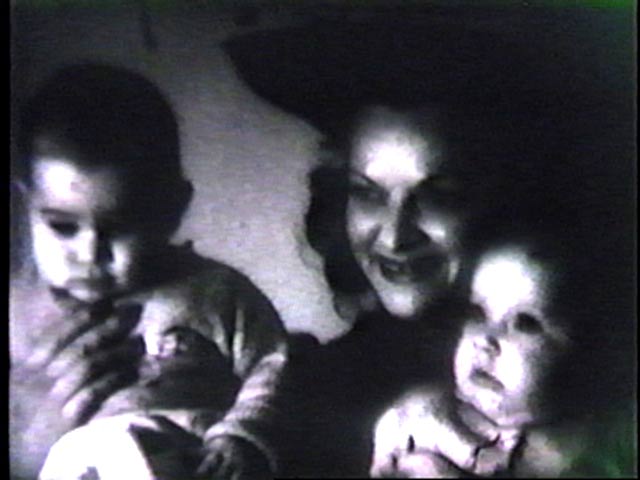 I never got to meet my Great Aunt Eve, but always felt a strong affinity with her. Maybe I responded to her physical resemblance to Bette Davis, along with a personality that even through photographs and silent film radiated positivity so intensely (in contrast to Miss Davis's). I haven't gotten an ID on the babies in the still above, but one of them might be Mom. As for their resemblance to zombie spawn - some decasia is more flattering than other decasia, and the overexposure in this clip was pretty intense to begin with. 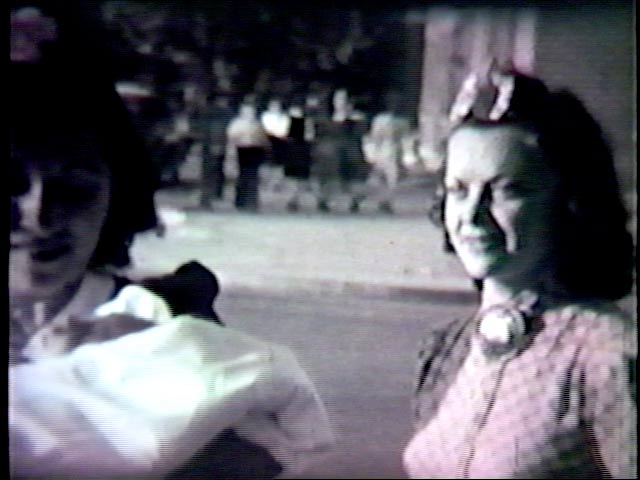 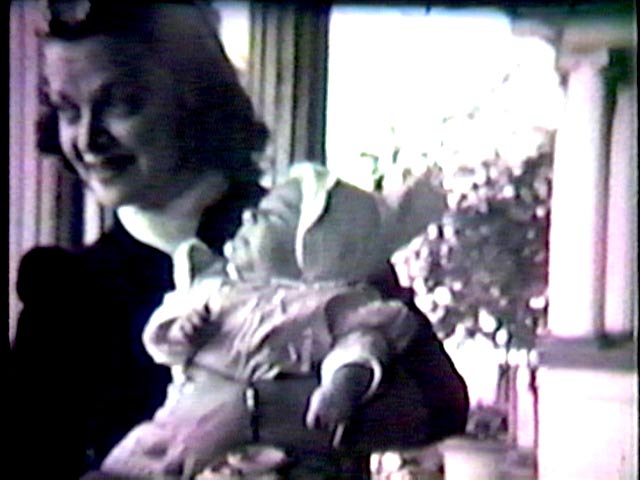 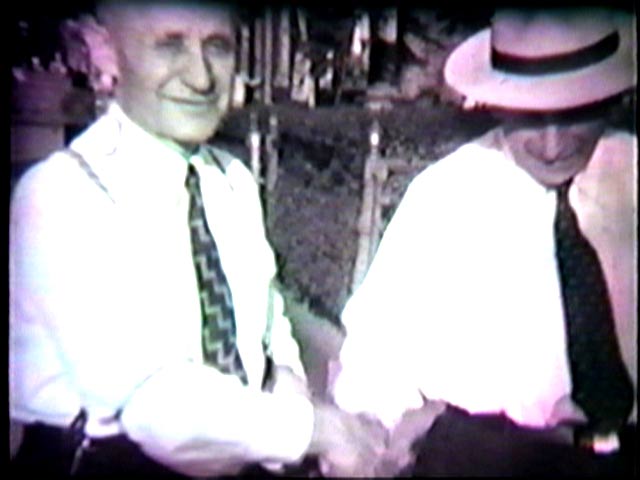 One of the lovely things about watching the footage from the 40s is observing how people pull themselves together for the camera. My great grandfather, for example (if that's who he is) was possessed of the idea that the camera should capture people in the act of shaking hands. So there is clip after clip of people approaching each other and shaking hands - men, women, husbands and wives... 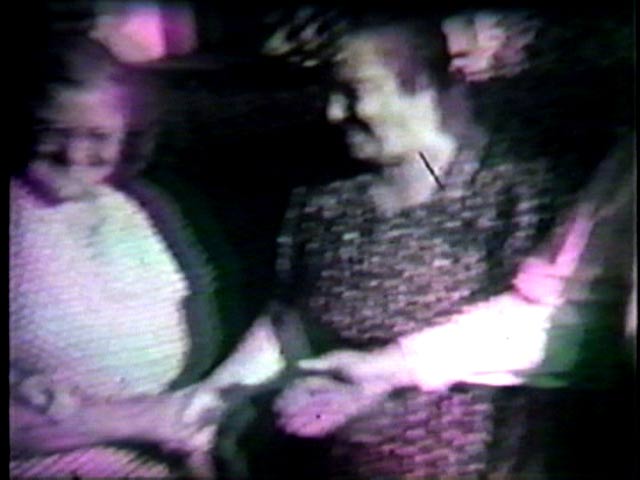 It turns out that my grandparents didn't own a camera - they borrowed one, and only when my mother was a little girl. So my Uncle Jerry, 11 years younger than Mom, was shafted in the home movies dept. The archive is full of injustice! And gaps - only once my parents went west and started reproducing does the camera start rolling again, two decades later, and Jerry makes his first appearance. I'm looking forward to his next appearance, at his son's bar mitzvah next week - somewhere in the archive there's a beautiful photograph of his own bar mitzvah, ca. 1965, which I haven't seen in decades and hadn't remembered until this moment. Stay tuned.