Man is born free and yet my mother is in chains

On Tuesday, August 26th, 1980, six San Francisco feminists, dressed in white, marked the 60th anniversary of women's suffrage in the U.S. by chaining themselves to the Pacific Stock Exchange to protest economic discrimination against women. This act of civil disobedience didn't succeed in getting them arrested, but it did get them into the papers, along with their message: American society discriminated against women in the workplace, paying them 59 cents for every dollar a man earned for comparable work (31 years later, that's up to about 80 cents, with the disparity worse then as now for women of color). Big business, in 1980, was lined up solidly (and successfully) against passage of the Equal Rights Amendment, just as, 60 years prior, major industrial interests opposed women's suffrage. In 1980, twice as many women as men lived below the poverty level.
My mother, then Linda Festa and now Linda Festa Plack, was one of the women who chained herself to the exchange. For this inaugural post of Paul Festa's Archive Fever, I've dipped into her archive for photos, press clippings and flyers documenting the action. Of special note is her letter to the editor published in the San Francisco Examiner defending the boycott of states that had not passed the ERA. I had Section 1 of that amendment memorized as a child, and still do: "Equality of Rights under the law shall not be denied or abridged by the United States or by any state on account of sex." Funny how a eight-year-old boy could get his mind around the ERA, but the US still hasn't 88 years after it was proposed and nearly forty years after it passed both houses of Congress. 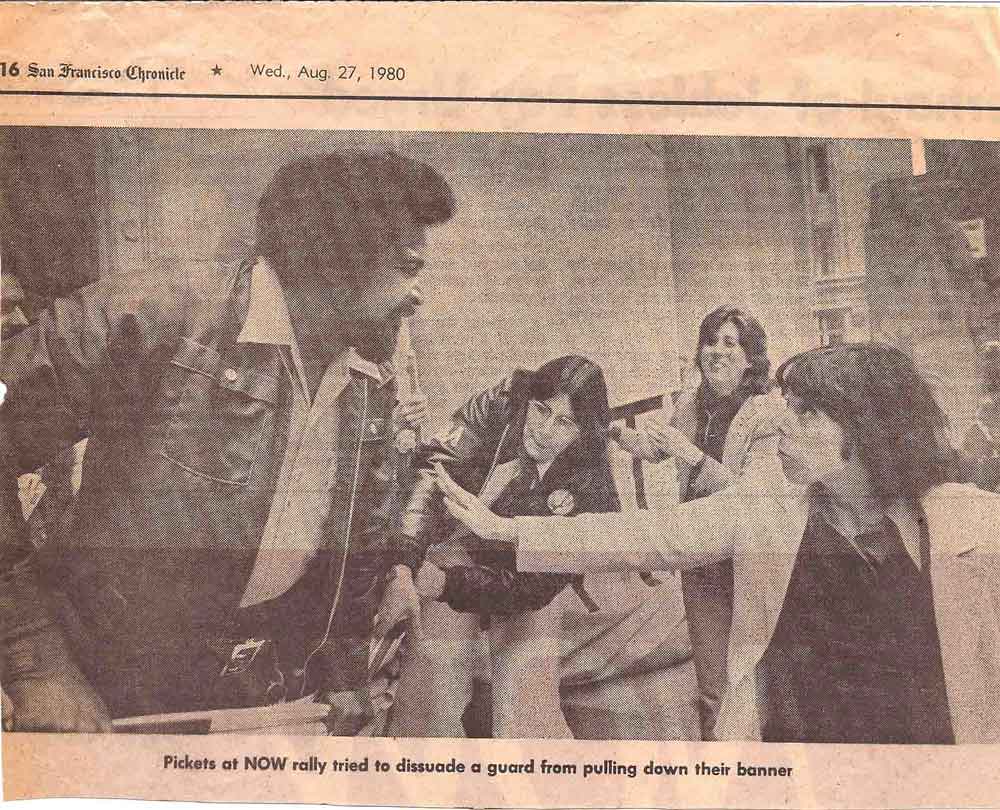 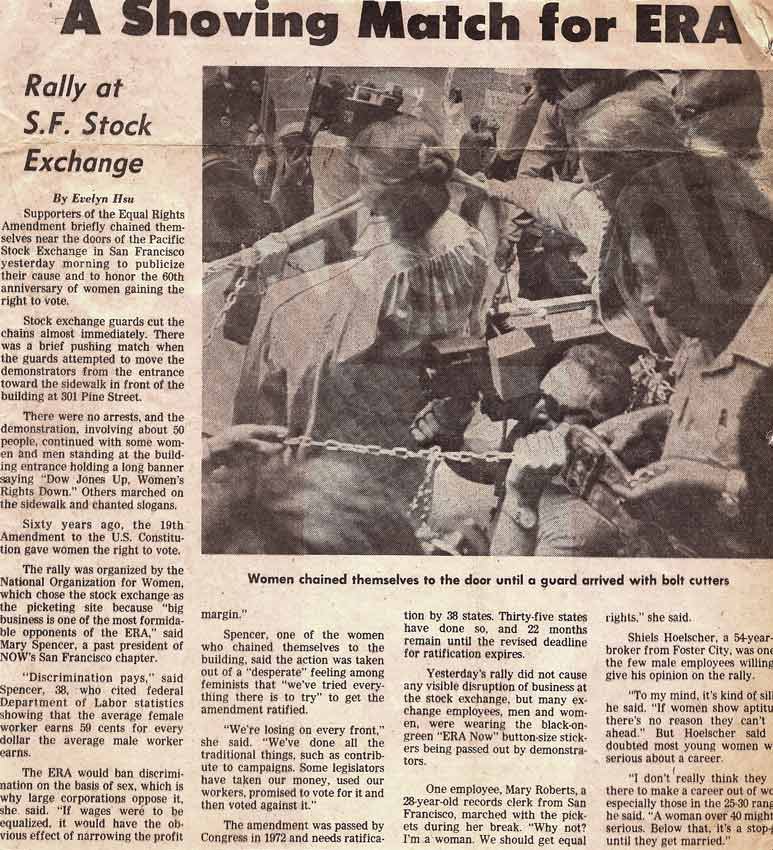 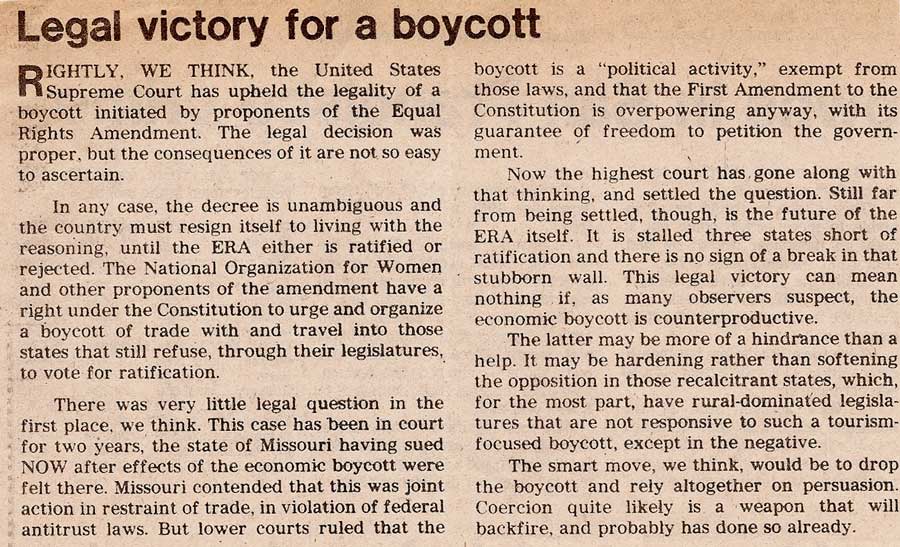 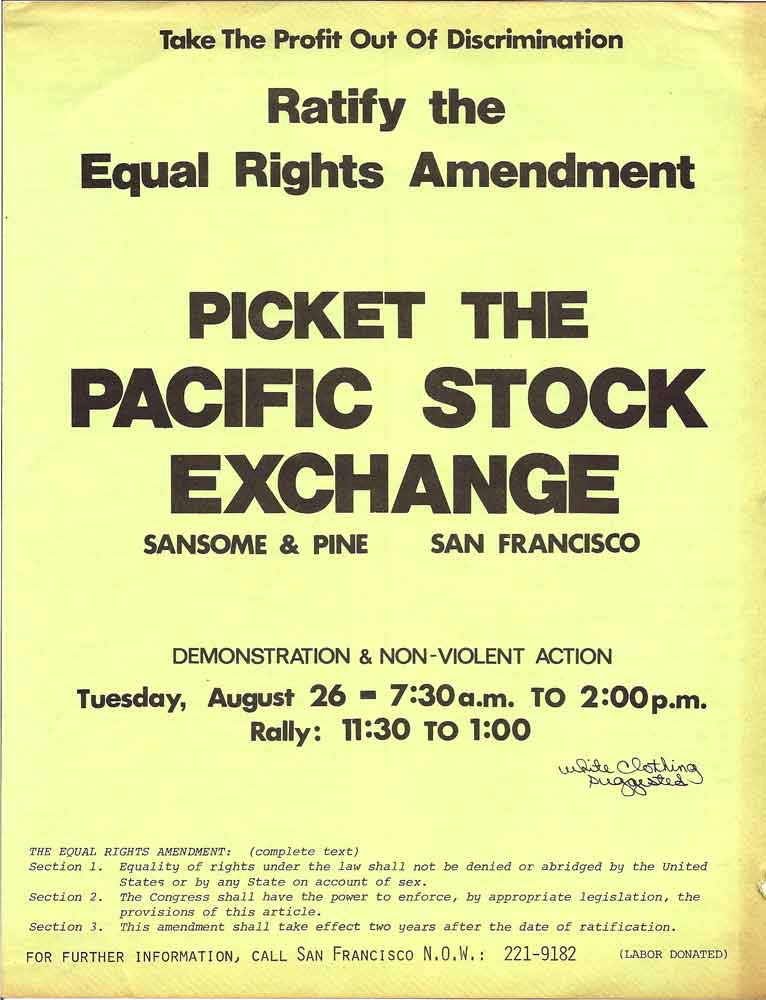 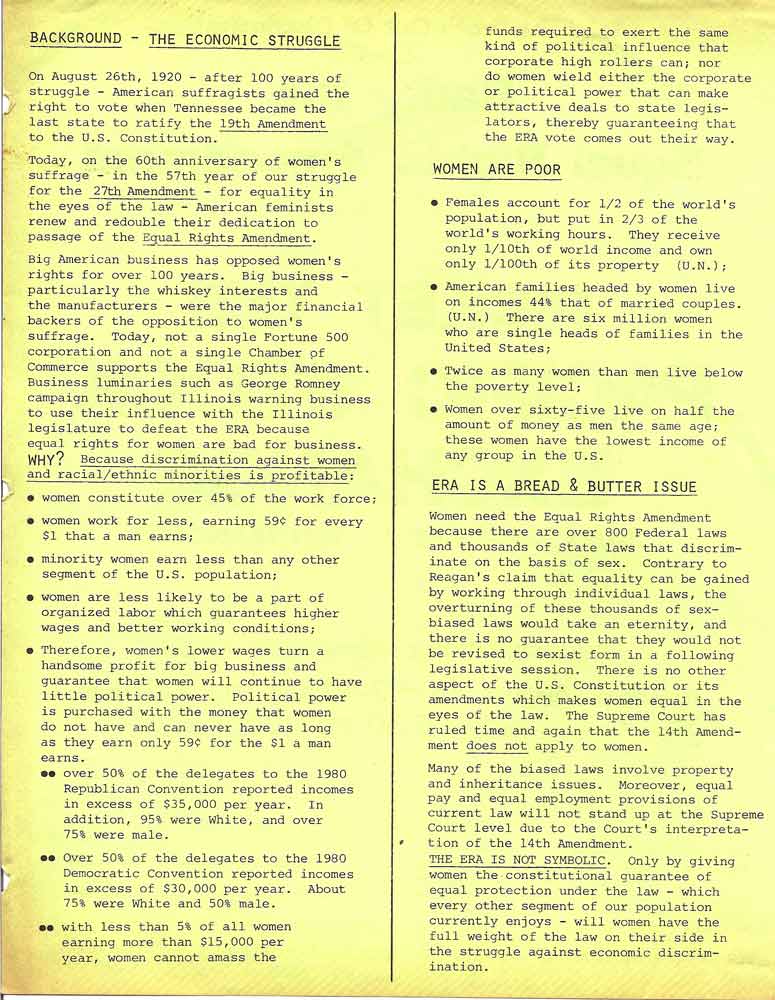 I look forward to reading the further adventures of Mom in defense of justice:
Mom and the GWHS rally;
Mom vs School District:"Settling the Contract"
Mom fights for pensions for paraprofessionals;
Mom puts educator housing on the map

Then come the SuperMom comic books, the play, the musical and the movie.