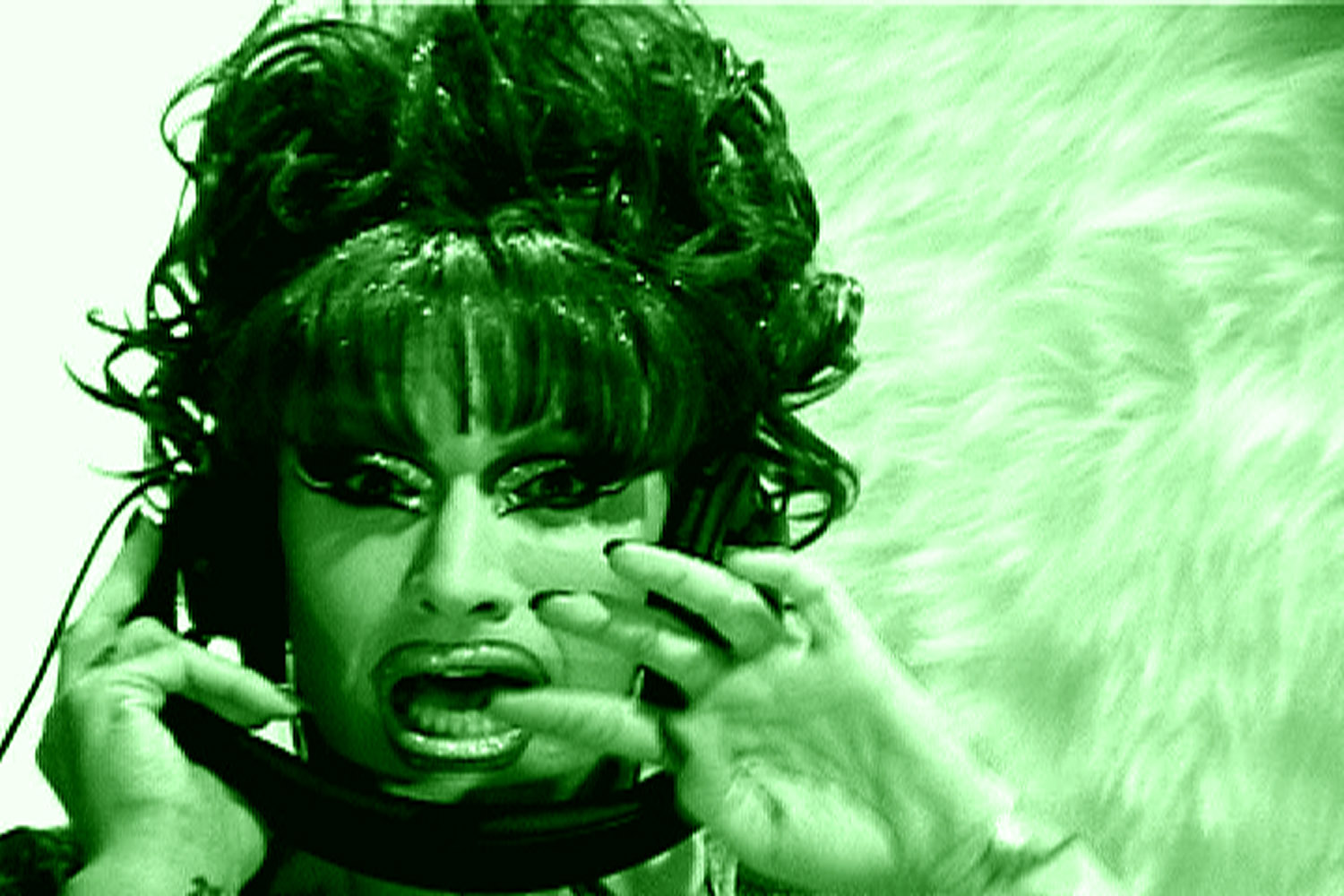 Drag superstar Jackie Beat reacting to the postponement of the LA premiere of Paul Festa's film Apparition of the Eternal Church, in which she stars
On Sunday, I got a call from the organizers of the LA screening saying it had been moved back a day, from Saturday the 19th to Sunday the 20th. Monday came profoundly depressing email: Bill Viola would not be involved (this was presented as a scheduling conflict but it turns out he decided he just didn't have that much to say about the movie). This morning brought a third adjustment in the plan, which is that the screening is postponed indefinitely.

Having already gone through a half dozen stages of grief over the Viola news, I was more relieved than anything else by this morning's call. This whole event came about since the Jacaranda people got wind of the movie from Alex Ross's blog mention, in late September. We haven't had time to organize the event and publicize it properly, and I've been tearing my hair out and pulling all-nighters trying to finish the book in time. I'll still go down to LA and we'll have a small screening for people we'd like to involve in the project, and I'll bring my fiddle so pianist Mark Robson and I can take a first whack at the Fantaisie. My friend Billy Burgess invited me to this party Sunday night. Otherwise, I'm free in LA for most of five days. Let me know if you want to hang out.
By paulfesta at 11:55 AM