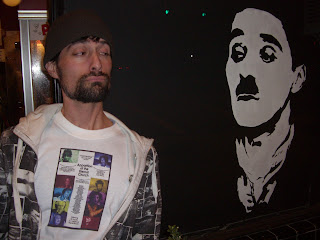 What day is it? I’m writing all these entries in the early hours of the next morning, and Blogger doesn’t honor the idea that the day before and the day after are distinguished by my having gone to bed. Technically today is Friday, February 1, 2008, and yesterday, or earlier tonight, was the screening of my film at the Nickelodeon. 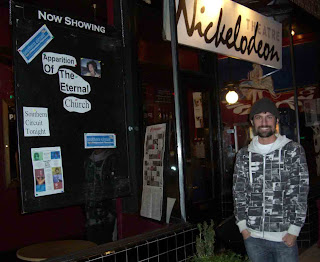 Think of the Athens screening as having taken place among the sarcophagi in the museum, and Columbia as the middle-of-the-night show when the dead are raised and the liquor comes out. My first screening with beer in hand! Public screening, anyway. (There was free Dewars in New York, but only after the screening.) 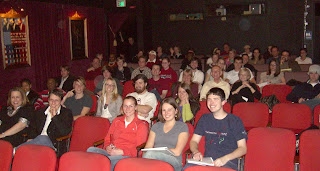 So much laughter, so much connection, such great questions afterward, and such good sales at the Bar Nothing Boutique, where several people ordered fully illustrated copies of Oh My God. After all the all-nighters and the relentless, monumental stress of turning that thing from idea to book between Thanksgiving and Southern Circuit, I couldn’t have been happier if Knopf came up to me after the show and offered me a half a mil for my novel (which doesn't mean I would turn it down).

Afterward I had a terrific time with my Nickelodeon hosts, despite the fact that my guardian angel art yenta Laura had to skip out early with a migraine. 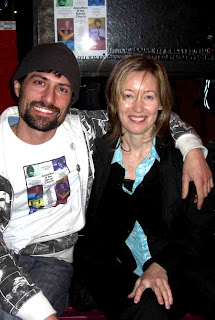 Like John Mitchell and Harold Bloom,
Laura got a headache from
Apparition of the Eternal Church 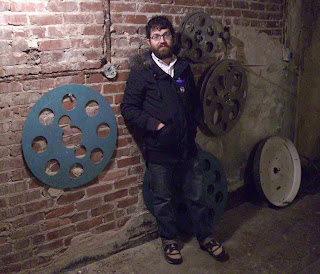 --who, it turns out, went to Swarthmore with my boyfriend James—took me to the old theater, now a beauty shop, that they bought and are raising money to restore. Here are pictures: 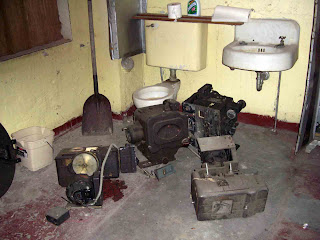 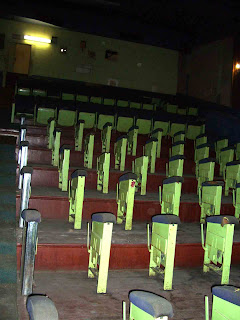 Sorry no time for more detail or captions (this one is "ghost theater")—it’s well past 2 in the morning and I have to drive three hours tomorrow before reporting to Beaufort High School by lunch hour. Caffeine is my friend.