Indulge me - I offset my carbon 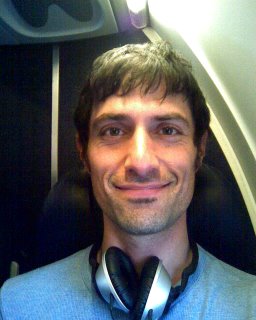 One of the amazing things about the Academy of Sciences, which James and I visited on our daylong fifth-and-sixth-anniversary celebration, is how hard they're pushing a climate change message. You couldn't turn around in the joint without another reminder - and the Morrison Planetarium was no exception. Even when the subject was ostensibly outer space, they hammered home the point that we are making the planet uninhabitable. I don't know whether I was more impressed by the degree to which they stayed on message, or bummed out by it.

In any case it was a good kick in the pants for me to offset the carbon I'm going to spew into the atmosphere with my next four months of flying - short of your own personal nuclear waste spill, the very worst thing you can do to the environment is to get on an airplane. One of the reasons I have postponed doing this is that there are so many offset schemes out there I couldn't find the time to research and decide among them. So I chose an offset outfit the way I often choose elected officials or positions on ballot propositions - I consulted the experts, in this case the Sierra Club, which recommended a business called NativeEnergy. According to NativeEnergy, here's the damage I'm about to do between tomorrow and May 7:

I understand the argument that I'm paying what amounts to an "indulgence," but the fact remains that not taking this paying residency or visiting my sister and meeting my newborn niece or not taking the Ohio gig aren't options I'm able to consider. From one perspective I could argue that two weeks in Tennessee are optional, but in fact that trip prevents me from flying back to the west coast and then round-trip to Ohio for the Oberlin screening May 5th. In any case, I'm glad to be no longer doing absolutely nothing to ameliorate my impact.
By paulfesta at 9:19 PM

Email ThisBlogThis!Share to TwitterShare to FacebookShare to Pinterest
Labels: environment